Wind projects in the Baltic Sea

In 2018, Equinor and Polenergia have started cooperation on the construction of two wind farms in the Baltic Sea, located about 27 and 40 km from the port of Łeba. The cooperation was organized in the following companies: Offshore Wind Farm Baltyk II (OWF Baltyk II) and Offshore Wind Farm Baltyk III (OWF Baltyk III) in which Equinor and Polenergia each hold 50% of shares. The commencement of construction is subject to obtaining the necessary permits and is planned for 2025/2026. The generation capacity from both farms is expected to be 1440 MW, which will allow more than two million households to be supplied with electricity.

The final investment decision for these projects is subject to obtaining the necessary permits and is planned for 2023 with the first power delivered to the grid in 2025.

In December 2019, Equinor acquired from Polenergia 50% shares in the third project of Offshore Wind Farm Baltyk I (OWF Baltyk I) with a planned capacity of 1560 MW.

The draft development plan for Polish maritime areas prepared by the Maritime Office in Gdynia foresees that approx. 2340 km² of land will be earmarked for offshore wind energy projects. This will allow for construction of farms with a total capacity of 8-10 GW.

In January 2020, the Polish Climate Ministry published a draft of the Offshore Wind Act. The Act includes inter alia, provisions governing the rules for investment in wind farms and requirements for the construction of projects. The entry into force of the Act will provide a solid framework for creating several dozen thousand new workplaces in the offshore wind sector in Poland. 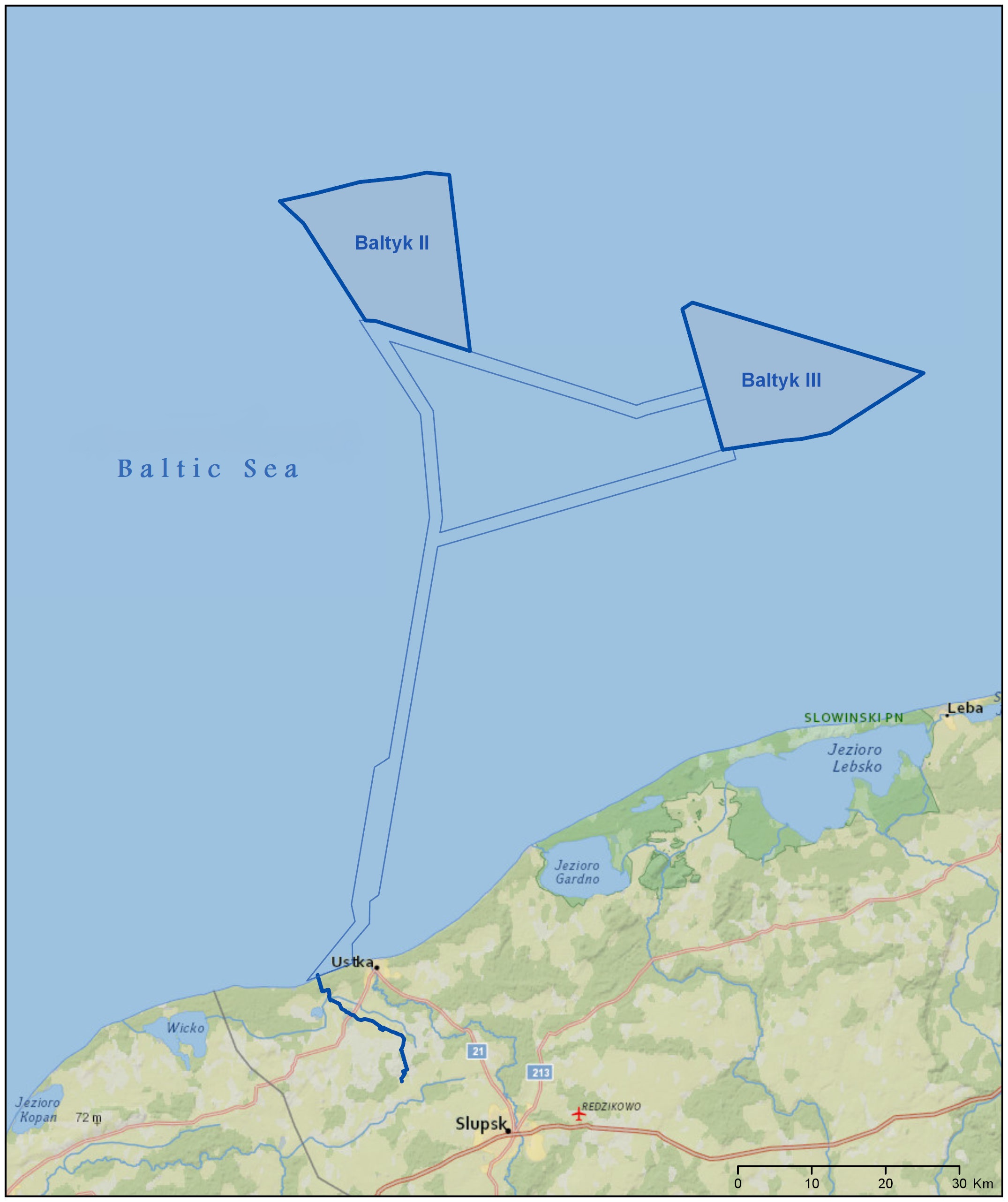 95 companies took part in meetings organized by Equinor and Polenergia for potential suppliers and companies interested in developing offshore wind farms in the Baltic Sea.

The Baltic Sea seabed is safe

The detailed research of the seabed in the area of future offshore wind farms carried out by Equinor and Polenergia in the Polish part of the Baltic Sea has been completed.